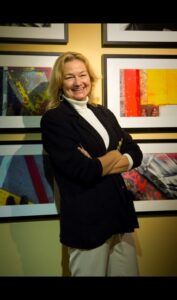 Deborah Manning: a former Los Angeles news reporter and producer, having won numerous awards for investigative and political journalism. Her credentials include the West Coast News Director for National Public Radio as well as an anchor for Public Broadcasting Service in San Diego. She is presently a business consultant and speaker, having relocated from Santa Barbara, California to Greenville, South Carolina.